As the Pakistan Tehreek-e-Insaaf (PTI) gears up for its power show in Islamabad’s Parade Ground later today, party leaders have come forward with allegations that the incumbent government led by Prime Minister Shehbaz Sharif is interfering with the rally preparations.

A day earlier, PTI received permission from the Islamabad district magistrate’s office to hold a rally in the federal capital on July 2.

Former interior minister and party leader Sheikh Rashid Ahmed on Saturday claimed banners with statements against party chief Imran Khan were hung in Rawalpindi prior to the party rally.

Alongside Rashid, other leaders of the former ruling party have also alleged that the government has attempted to interfere with the rally’s preparation.

The banners were allegedly put up on Friday night and contain allegations of corruption during the rule of the former premier.

Banners on the Rawalpindi Ring Road read, “PTI’s involvement in corruption exposed”. Others had allegations of money laundering by Farah Gogi, a close associate of Imran’s wife and now under investigation for corruption.

The banners also accused Imran of corruption. One such banner read: “Imran Khan’s assets have increased by 250% in five years. The people of Rawalpindi and Islamabad reject Imran Khan.”

The former interior minister accused the incumbent coalition government of being involved in the incident, adding that such behaviour was beneath the grace of the law.

Rashid added that party workers managed to restrain three people involved in the act, who were later taken to the Sadqabad police station.

“They have called thugs to interfere with the protest. In my 25 years of politics in Rawalpindi, I have never seen such behaviour,” the PTI leader added.

The former interior minister added that he, along with Rashid Shafiq, will gather a rally at 5pm in Rehmanabad from Laal Haveli and further warned that a threat of police brutality exists. “We want to avoid conflict,” he remarked.

The PTI chairman expressed hope for the success of the rally, adding that the “imported government” was “destabilizing” the country “under the burden of excessive load-shedding in peak of summer and spiralling fuel prices”.

InshaAllah tomorrow will be our historic Islamabad jalsa at Parade Ground against Imported govt’s pol destabilisation & crushing our people under the burden of excessive loadshedding in peak of summer & spiralling fuel prices. I will be leading a rally from Pindi to Parade Ground

PTI’s Asad Umar claimed that the government attempted to delay the preparation of the Parade Ground in Islamabad, however, PTI workers laboured all night to complete the preparations.

Ali Haider Zaidi, President PTI Sindh and former federal minister, also accused the Sindh government of creating hurdles in the process of setting up screens in the province to view Imran Khan’s speech.

“We will leave peacefully once done!” he added.

I’m on my way to SeaView as our stage/screen has to be set but as usual Sindh Govt creating hurdles by sending police to delay the setup!
We had already informed DHA,Comm KHI,IGP & others in writing that we will be screening @ImranKhanPTI speech & will leave peacefully once done! pic.twitter.com/FC5fKxi9Wx

Earlier, the PTI had given an undertaking to the district administration of Islamabad and agreed to 39 conditions for holding a rally on July 2.

PTI Islamabad chapter president of the central secretariat Ali Nawaz Awan signed the undertaking – code of conduct – before Islamabad’s deputy commissioner taking full responsibility for any untoward incident and agreeing to be held responsible in case of violation of the agreement.

Through the code of conduct, the party has agreed that the gathering shall not disturb or disrupt the fundamental rights of citizens, including the right to freedom of movement, trade and business, and education, and has assured that it will not block any road – Expressway, Murree Road or service roads.

The former ruling party agreed that the gathering shall end at 12 midnight, stating that it will be the organiser’s duty to ensure the dispersal after the event ends.

In the code, it signed a condition that no anti-state, religious, and anti-national slogans shall be made; effigy or flag of any party shall not be burnt; weapons would not be allowed, and the law enforcers can search any vehicle or person coming to attend the gathering.

The undertaking also stated that the organisers will respect the fundamental human rights of other stakeholders and the general public.

Separately, PTI Central Secretary General Asad Umar has urged the people to come out of their houses on July 2 to send a strong message that Pakistan was no longer a country where governments were being changed by conspiring behind closed doors. 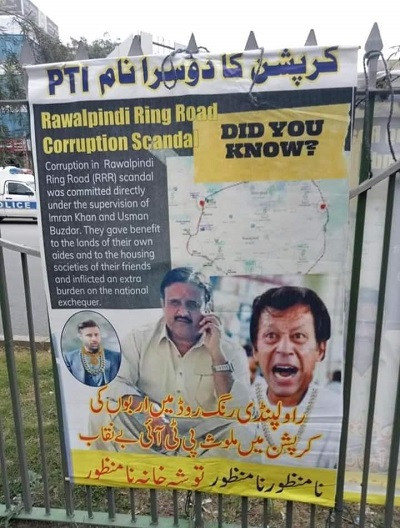 pakistanahead_95 - November 29, 2022 0
The scope entails the construction of 82 buildings and structures for the El-Debaa plant

Clarence Gilyard, the tech genius from